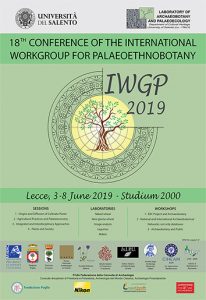 The 12th May 2019, Dr. Valentina Caracuta will hold an invited seminar  on:

‘Insights from the past to study the ecology of Faba bean‘

at the Weizmann Institute of Science, Rehovot, Israel, as part of the Academic Education Activities of the Archaeological Unit of the Institute.

The seminar will be held at the Benoziyo Biochemistry Building, 5th Floor, room # 591 C.